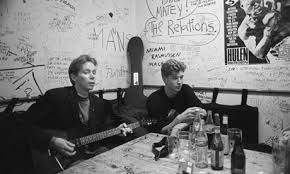 For anyone interested in memoir, there’s an excellent review by Paul Binding in the Spectator of the third volume of Karl Ove Knausgaard’s six-volume autobiographical trilogy, Boyhood Island. (Translation of the last three volumes into English is not yet complete.) Knausgaard’s Proustian take on the nature of memory holds a warning for anyone embarking on a memoir. It is: ‘pragmatic, sly and artful’. 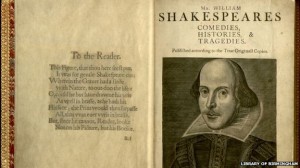 Birmingham Public Library owns a rare copy, one of only 228 copies in existence, of the First Folio of Shakepeare’s works, published 1623. The book will be on display – for the first time – in the Shakespeare Memorial Room at the library, on 5th April as part of an exhibition ‘Library of Cultures’ that will also include an edition of Audubon’s Birds of America, 39 by 26 inches and perhaps the most beautiful of all illustrated bird books. 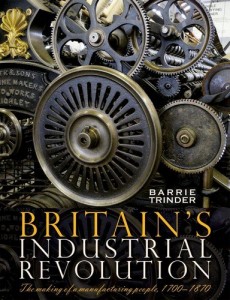 We are very pleased to post this interview with Dr Barrie Trinder, an outstanding and influential figure among Shropshire historians although no longer closely connected to the county. Dr Trinder served on the Ironbridge Gorge Museum’s executive board from the 1970s, and from 1980 he worked for part of his time for the University of Birmingham at the Ironbridge Institute, where, as Senior Research Fellow, he played a leading role in the establishment of postgraduate courses, research programmes and consultancy projects. From 1996 until 2001 he was Senior Lecturer in Industrial Archaeology at the University of Northampton. He has published widely in the fields of history and conservation and is an expert on matters relating to the Industrial Revolution in Britain. He regrets that he is not able to help with genealogical enquiries.

YouCaxton:
You have been involved in historical studies in Shropshire for many years. It is frequently said that we live in a period of unprecedented change. Do you think there has been any acceleration in the rate of change both social and industrial in Shropshire over the last fifty years, as compared to previous periods?

Barrie Trinder
I took up the post of Adult Education Tutor in Shropshire on May Day 1965, some 49 years ago. I have not lived in the county for more than six years, ceased working there at the end of 1995, and rarely re-visit these days, making it difficult for me to comment with knowledge on the current situation. The most profound changes, it seems to me, are those which have affected the whole of England. In 1965 it seemed a privilege to join a progressive education authority, in which morale was amazingly high. Educational authorities of that kind sadly no longer exist. In economic terms, Shrewsbury in 1965 still had a END_OF_DOCUMENT_TOKEN_TO_BE_REPLACED 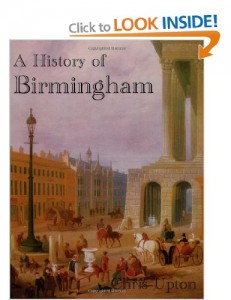 We are pleased to post this interview with Dr Chris Upton, Reader in Public History at Newman University, Birmingham. Dr Upton specialises in the history of the West Midlands region and has written a weekly history column for the Birmingham Post for the last twenty-four years. He previously taught at the universities of Aston and Birmingham and once worked in the Archives & Heritage section of Birmingham Central Library. He is the author of four books on West Midlands history, all published by Phillimore & Co.. His A History of Birmingham is a classic of its kind.

YouCaxton:
Birmingham is a city with a diverse population. Do you believe that a knowledge of its earlier, less-ethnically-diverse history is useful for drawing its various communities together?

Chris Upton:
Almost the opposite, in fact. Migration into Birmingham began END_OF_DOCUMENT_TOKEN_TO_BE_REPLACED 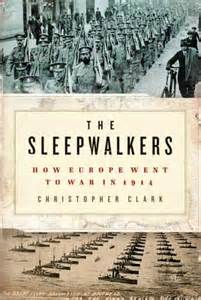 Thomas Laqueur has reviewed Christopher Clark’s The Sleepwalkers in the London Review of Books. Clark’s ‘breathtakingly good book’ as Laqueur rightly describes it, is an account of events leading up to World War I and an object lesson for any history publisher. It traces the diplomatic moves of the main players of all the various powers in the years preceding the outbreak of war. It is unusual both for the breadth of its scholarship and for its avoidance of any simple explanation for the outbreak conflict. We’re very pleased to have been involved in the publication of Michael Williams’s narrative biography of Walter Williams, With Innocence and Hope (Amazon link). From an agricultural community, Walter enlisted in the British Army at the start of Word War I although under age. He was in the thick of the fighting, on Vimy Ridge and at Passchendaele. He survived almost the entire conflict but was cut down by a German machine gun in the final months of the War. Narrated in the first person, this is a very readable and immediate account. Profits are going to the Charity Help the Heroes. 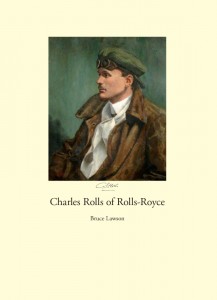 We are very pleased to announce publication of Charles Rolls of Rolls-Royce by Bruce Lawson, the first biography of Charles Rolls for more than fifty years with a foreword by Lord Montague of Beaulieu, Rolls’s previous biographer. The product of many years of careful research this book will be of great interest Rolls-Royce enthusiasts and for anyone interested in early motoring and flying and contains a great deal of new material. The book is available from www.charlesrollsofrollsroyce.com. 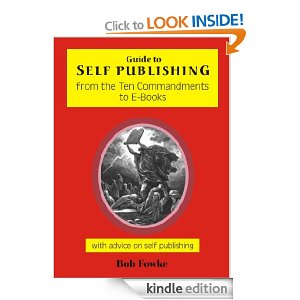 Why do some people get to speak and others only to listen? Who controls the written word?  Bob Fowke’s Guide to Self Publishing from the Ten Commandments to E-Books is available on Kindle. This book will be of interest to many authors intending to self publish. It traces the history of self-publishing (and publishing) from the Word of God to E-books, taking in various aspects of censorship, the Inquisition, Louis XIV and even Rupert Murdoch. From King Enmebaragesi of Sumeria to Mark Twain via Daniel Defoe, many stones are turned. It also contains useful advice for writers on how to approach self publishing.