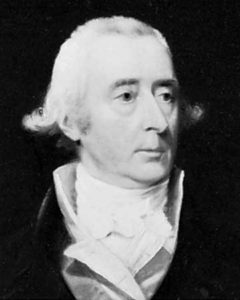 In 1773, Parliament passed the Regulating Act: in return for a loan of £1.4 million, the East India Company agreed to accept a Governor General appointed by Parliament and Warren Hastings was appointed to the post. In addition, the Regulating Act called for the appointment of three counsellors whose job was to oversee the Governor General. Unfortunately, these cousellors were hostile to Hastings from the start, in particular Philip Francis (lover of Mrs Grand see previous email, re ladders against windows and Prince Talleyrand). Francis sought to undermine Hastings’s authority at  every opportunity.

By  May 1780, Hastings had had enough. He decided that it had to be death or victory. He insulted Francis in a memorandum  to the Council; Francis took the bait and challenged Hastings to a duel.

At 5.30 am on 16th August the two principle members of the Calcutta Council met in the grey light of morning on the Alipur Road, both middle-aged, neither of them with much interest in exercise or fighting. Francis had never fired a pistol before and Hastings could remember doing so ‘only once or twice’. Their seconds measured fourteen paces. Hastings defered his fire while Francis misfired twice. The third time they both fired simultaneously. Francis narrowly missed but Hastings’s bullet struck Francis on the right side and lodged under his left shoulder blade. Francis called out ‘I’m dead’ and fell to the ground.

‘Good God, I hope not!’ Hastings called back and hurried over. Having checked on the damage, he rushed home in his palanquin and sent for the surgeon general and his own doctor. Philip Francis staged a remarkably swift recovery but he left for England that December.