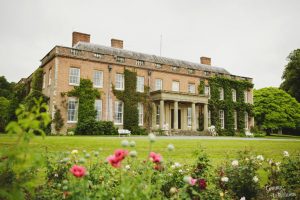 Bob Fowke, Managing Editor at You Caxton, will be  talking about Robert Clive and Shropshire on Wednesday 14 November, 3.15 pm, at Shrewsbury Museum.

Robert Clive is perhaps Shropshire’s most famous son after Darwin. He was clever, absurdly brave and absurdly rich and suffered from bouts of depression. Bob Fowke pieces together the story of his long and colourful association with Shropshire and examines the importance of ‘county’ or ‘country’ in eighteenth-century life.

Clive was born at Styche Hall, the impoverished family home near Market Drayton, and it was there that he first displayed his ‘martial disposition’. On his return from India in 1760, aged thirty-four and already famous, he returned to Shropshire, rented Condover Hall and became MP for Shrewsbury. The following year, he bought Walcot Hall near Bishop’s Castle where he installed his younger brother William as MP. Later he bought Oakley Park near Ludlow where his widow Margaret continued to live after his death.

Clive’s story started in Shropshire and it ended there. He died in London, at his house in Berkley Square, probably having committed suicide, but his body was returned to Shropshire secretly and buried at dusk in an unmarked grave in Moreton Saye Church near Market Drayton.