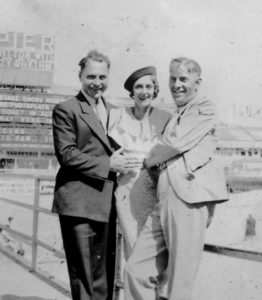 Liz is married to someone – but who is it? Perhaps she’s married to Brian – or is it Graham? And why did Brian sneak down to the kitchen in the early hours?And what’s butter got to do with it? And why is Graham threatening suicide?

Two men and one woman debate the possibilities in Three, Two, One … Bob Fowke’s new play, due to be performed by Theatre troupe Enemies of Reason at the Edinburgh Fringe from 14th to 18th August. The venue is the Novotel and performances start at 11.30 am each day.

Bob Fowke is Manging Editor at YouCaxton. and his play is classified as ‘absurdist new writing – somewhere between Pinter and Beckett’. 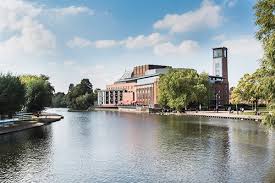 YouCaxton are holding a self-publishing workshop at the Stratford Literary Festival, 4.00 pm – 5.00 pm on Friday 3 May, at the Stratford Playhouse. It’s called ‘Self-Publishing – a Useful Map’ and it’s led by Bob Fowke. YouCaxton’s Managing Editor. The workshop will give a useful introduction to the various stages of self-publishing, including marketing, design, editing and printing. The fee is £10 (£8.00 for students). 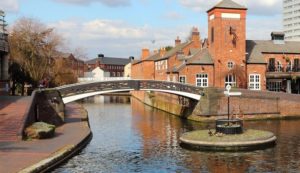 YouCaxton are conducting a self-publishing workshop on Saturday 2 February 11 am to 1 pm at the Wolverhampton Art Gallery as part of the Wolverhampton Literature Festival. Admission is free and all are welcome. The workshop will provide an opportunity to learn about all aspects of self-publishing from completing the manuscript, to decisions about design and layout, through to the final print-ready files and publication. There will be plenty of opportunity for questions. Writer Richard Hawkins has joined YouCaxton to provide a new service of advice and editing for screenplays. The service includes an honest and objective professional critique of the work, editorial support, script development and formatting, so that presentations are up to a professional standard and maximise their chance of going forward to production.

Richard has worked as a writer and producer since the late 1980s with several critically acclaimed productions to his name, including on Broadway. His first screenplay, the internationally successful The Theory of Flight, was co-produced by both the BBC and Miramax and directed by Paul Greengrass (Bourne Ultimatum, Captain Philips). It starred Kenneth Branagh and Helena Bonham Carter. Richard has also worked closely alongside the acclaimed Polish director Pawel Pawlikowski (My Summer of Love, Aida).

His own directorial debut came with the enormously well received Everything, starring Ray Winstone, which quickly became a cause celebre on the festival circuit, heralded by the Sydney Film festival as ‘The perfect model for budget feature making’ – and went on to win several international awards and a prestigious BAFTA nomination for Richard himself.
‘Everything is boldly conceived and executed, the kind of film British cinema needs more of.’ The Daily Telegraph
‘A highly promising feature debut … truthful, perceptive and moving.’ The Observer

Richard has worked recently as a creative adviser for China’s emerging film industry, playing a critical role in the establishment of several on-going, long-term relationships between American and Chinese studios. He also gives support as a specialist acting coach, taking both new and established stars and working them through various castings and/or preparing them for particular film roles. Actors worked with include Benedict Cumberbatch, Naomi Harris, Domonic Cooper, Stephen Mangan, Gugu Mbatha Raw, Ed Skrein, Danny Dyer, to name but a few. Dianne Carrington will be speaking in Pulverbatch Village Hall  on the evening of Saturday 26 January about her new book Atlantic Lady, published by YouCaxton, the story of her record-breaking row across the Atlantic. She is the oldest woman ever to undertake this extraordinary feat. 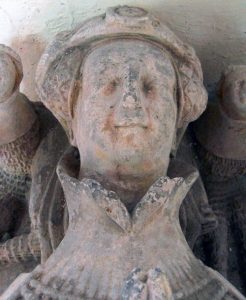 Fran Norton will be launching her new book, Isolde, Lady de Audley, published by YouCaxton,  at the Castle Bookshop, Ludlow, betweeen 5.00 and 7.00 pm on Friday 23rd November. The image  is of Isolde’s tomb in St Bartholomew’s churchyard, Much Marcle, Herefordshire. 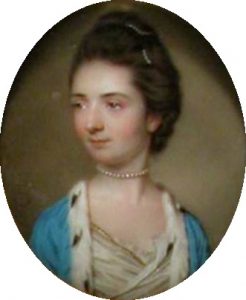 In the eighteenth century some remarkable young women crossed the ocean to seek their fortunes. Margaret Maskelyne who married Clive of India and was sister to Nevil Masquelyne, Astronomer Royal, was one of the cleverest – and funniest. Bob Fowke, YouCaxton’s Managing Editor, will be speaking on Margaret Clive and her friends at Hyssington Village Hall, 7.30 Thursday 22nd November.