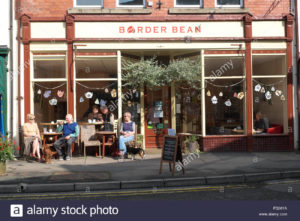 Joanne McShane will be reading from her new novel, Honora and Arthur, the last Plantagenets, at the Border Bean café, in Kington on the mid-Wales border, on Wednesday 20th November at 3.00 pm. The book is a meticulously researched, fictionalised account of the life of Honora Grenville who married Arthur Plantagent during the reign of Henry VIII.

Amazon Reader
Healing Hearts and Apple Tarts is set in Wymondham, Norfolk, and is Annie Beaumont’s second novel.
Her first novel, Daughters of Hamilton Hall is also set in Wymondham and has received five-star reviews.


Communities are a collection of individuals, connected by streets, and this is the logical starting point for this engrossing social history. We are given a fascinating glimpse into the plans and personal aspirations of the various owners of Mayfield Avenue, and how these involved and were influenced by the social institutions of their time in the town at large. Meticulously researched and well told, it brings to life a non-Shakespearean, but no less engrossing, period of Stratford-upon-Avon life. 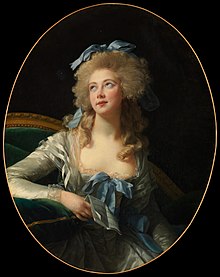 In 1774 Directors of the East India Company who were hostile to the then Governor of Bengal, Warren Hastings, sent three new councillors, General Clavering, Colonel George Monson and Philip Francis, to Calcutta, with instructions to undermine Hastings’s authority. Joseph Fowke (1716-1800) sailed down the Hooghly to greet them before they could reach Calcutta. Joseph had  a plan to ensnare Hastings in a prosecution for corruption. Philip Francis, the youngest and brightest of the triumphirate,  became Joseph’s closest associate in this conspiracy – which failed. The following year, Joseph Fowke and Maharajah Nuncomar, a wealthy Hindu banker, were tried for conspiracy and Nuncomar was hanged.

Philip Francis stayed on in Calcutta, as did Joseph Fowke. One evening in 1777 Francis was caught red-handed with a ladder up against the window of the beautiful wife of a young company employee, George François Grand. A duel was narrowly avoided and Catherine Grand ended up as the mistress of Francis, kept in style in a house up the Hooghly River for the next three years. She eventually returned to London, then became a courtesan in pre-revolutionary France, fleeing back to England when the revolution started in 1789. In 1794 she returned yet again to Paris where she married Prince Talleyrand, Napoleon’s famous foreign minister.

‘La Belle Indolente’ was not stupid or she would never have snaredTalleyrand, but she was notorious for her naïve repartee.  Once Tallyrand was a giving a dinner for a M, Denon, recently returned from Napoleon’s expedition to Egypt, and Tallyrand had encouraged his wife to read a chapter from Denon’s account  so as to be able to converse about his travels. She picked up Robinson Crusoe by mistake. During the dinner she remarked to Denon what a pleasure it had been to read about his  trip – in particular his encounter with Man Friday.

Catherine’s portrait is by Vigée le Brun, 1755-1842, herself a very remarkable woman, painted at a time when Vigée was much patronised by Mairie Antoinette and while Catherine was a courtisan in Paris .

The launch of Richard Whittingham’s biography  Terence Keyes: Imperial Disguises will be held 6 – 8pm on Monday 21 October at the Morris Hall, Shrewsbury. This very well-researched book  is an account of the life of a remarkable soldier, diplomat and secret agent who devised a scheme to overthrow the Bolshevik regime.

During the summer of 1919, the White Movement came within two hundred miles of Moscow and the overthrow of the Leninist regime was widely anticipated and yet, in less than a year, White resistance was effectively over. Terence Keyes was one of the major players in the British Government’s involvement in the murky world of regime change. He knew many of the most colourful characters at this pivotal moment in twentieth century history and had secret dealings with Lenin himself.


It is almost inevitable (and acceptable) to miss a few errors which can be corrected in a later edition.